In fulfilling her vision statement, which is to uphold and positively impact the downtrodden, the Bimbo Odukoya Foundation (BOF) has continued to reach out to girls and women who are being abused in one way or another. ‘

In her January report which she presented to her partners, the foundation reported that they responded to two (2) cases of domestic violence, two (2) child sexual abuse cases, assisting three
(3) children who were out of school, and three (3) child neglect/welfare cases.

The cases, according to the Foundation’s Coordinator, Mrs Ronke Oyelakin, are ongoing
for further investigations and referral.

The Foundation’s volunteer social workers and counsellors also attended four (4) court sittings at Samuel Ilori Court, Ogba, and the Sexual Offences Court, Ikeja. The cases have further been adjourned. Monthly follow up and social inquiry sessions were also carried out by the foundation’s volunteer mentors on 9 Hope House ex- residents and 2 boys.

According to Mrs Oyelakin, all the children currently on education sponsorship with the Foundation are all back to school while three of the children (two girls and a boy) who just completed their WAEC/NECO with excellent results are hoping to write JAMB as they plan to advance their academic pursuits.

Team members of the foundation also assisted a single mother whose child had been out of school due to marital/financial issues. The girl was enrolled back to school and they are currently being followed up and counselled.

The Coordinator of the foundation was also involved in training sessions and meetings such as the meeting with the Estate Junior Grammar School, Ilupeju; School Board Management Council under the Ministry of Education District VI; the follow-up meeting with religious leaders to review the human’s right advocacy for a constructive engagement on the elimination of violence against women and girls (VAWG) in Lagos state.

The meeting emphasized the need to keep a unified data reporting template as Counsellors and with best practices on how to work effectively with other stakeholders in addressing any case of abuse reported in Lagos schools.

On Thursday, 14th January another visit was paid to the Area Commandant at Ogudu Area H Police Quarters which covers Somolu and Kosofe LGAs, 11 police divisions are under this command. The meeting was to rebuild and make stronger the existing relationship with the police when handling cases of child abuse within this jurisdiction and that NGOs should be given full support as we prevent and respond to cases of child protection and abuse in the state.

Mrs Oyelakin has emerged as the Lagos State Chapter State Coordinator of the Child Protection Network (CPN), an initiative of UNICEF Nigeria with operations in all the 36 States of the Federation, at the just concluded unopposed virtual elections.

She appreciated the efforts of the partners for their continuous contribution to the success of the foundation’s activities and also urged them not to become weary as there are many lives to still touch.

She said, “two of our children need support for their school fees which is sixty-five (65,000) thousand for both. Two (2) young women urgently need empowerment support to learn garment making and hair making. If you wish to support them with a token or take one or more, kindly reach out to the office for more information about the clients.” 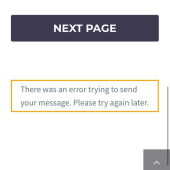 We Walk According to What We Know, Not What We See – Pastor Nomthi

The Devil Only Attacks Those With Great Destinies, Pst Tayo Reminds Christians